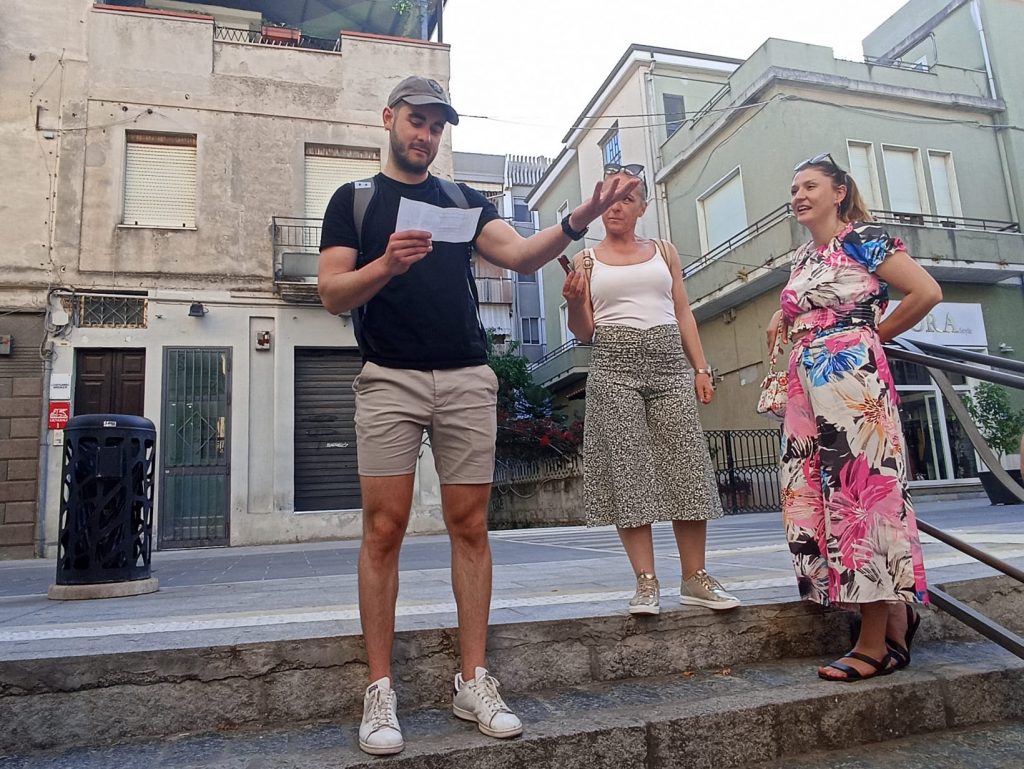 A touching immersive experience: great feedback from the first Reading Lab of the project.

A multicultural and multi-sensorial event took place last thursday 19th may in the charming city of Soverato, in the south of Italy, the first of a series of 5 local Reading labs foreseen within the project and organized by Jump Association.

The event was developed as an innovative Literature city game for adult learners, combining extracts from European classical books, translated into different languages, and sensorial activities, plus a surprising and moving final book reading by the beach.

A group of teachers of different nationalities (Ireland, Spain, Portugal, Romania and North Macedonia), divideded into teams, joined this itinerant event that started in the city center with the discovery of objects enclosed in ‘magic mistery boxes’, in a sensory experience of collective reading and storytelling centred on the five senses, with emphasis on touch. 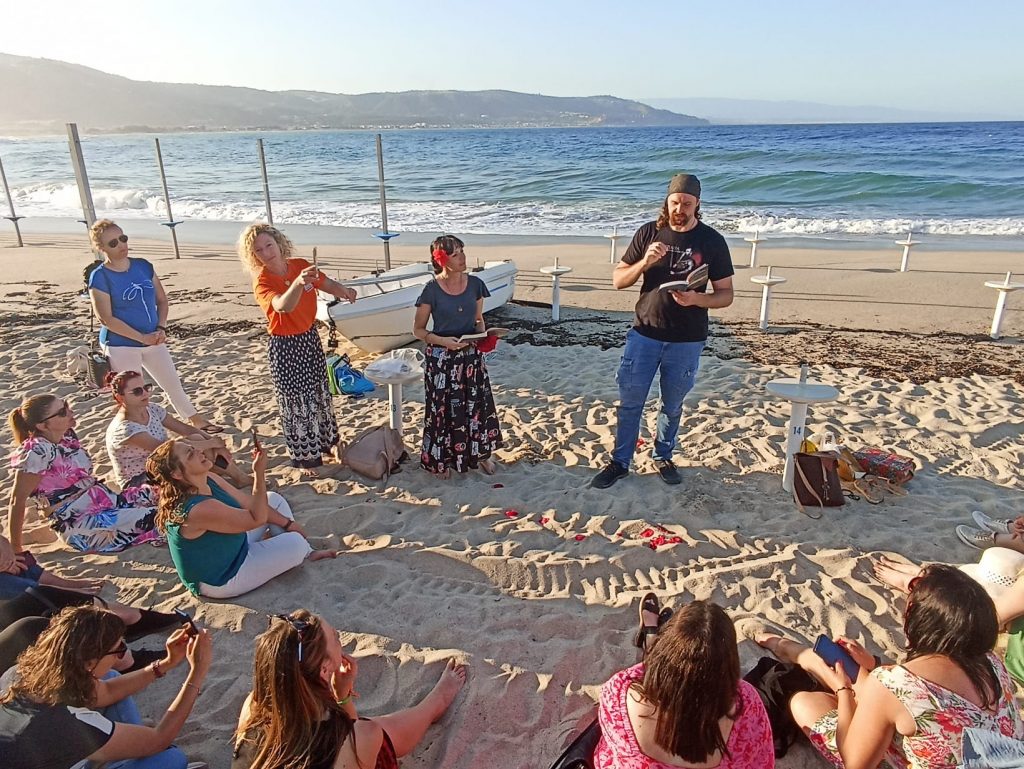 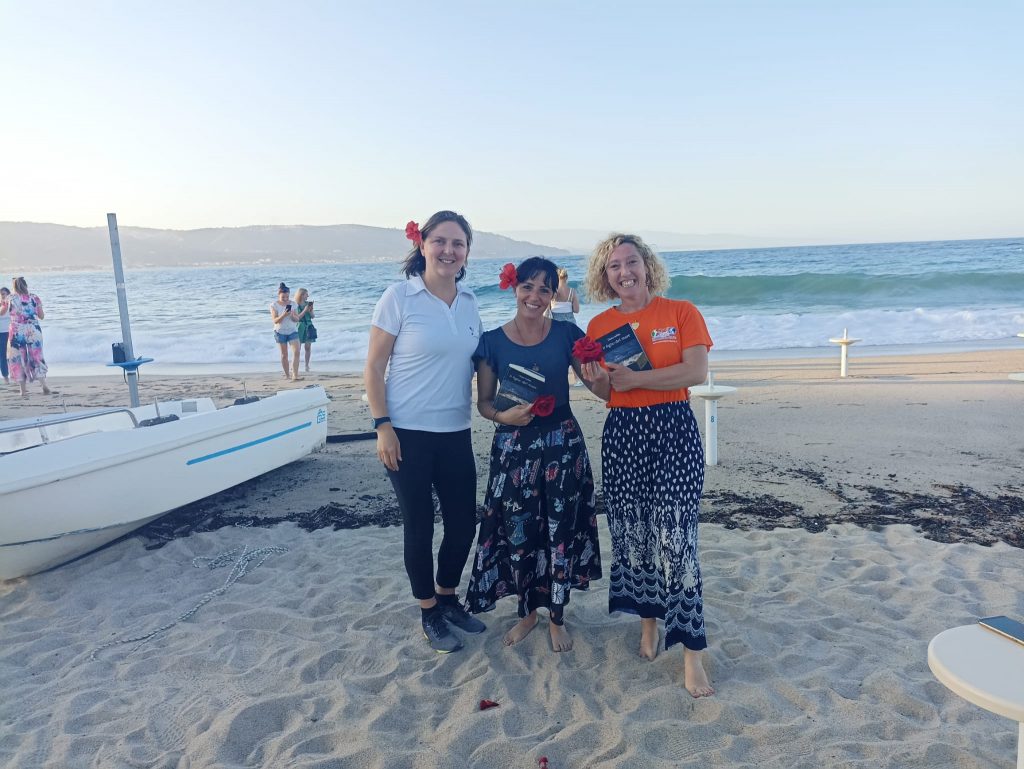 Participants, with their eyes closed, described the objects they were touching in the boxes, and those who guessed correctly received a card with an excerpt from a classic book of European literature written on it, including translations into English. With the sensory stimulus of the objects discovered and the reading stimulus of the card, participants were involved by expert facilitators in engaging live storytelling as they were continuing their journey through the city, being even more inspired by the different beautiful locations where they stopped during the game.

Among the objects discovered there were typical products of the Calabrian Ionian coast, from rosemary to lemons, from clementines to sage, olive leaves, jasmine, and basil, and the beautiful smell of those fragrances accompanied the literary journey and stimulated very creative story creations.

At the end of the itinerant part, all participants were gathered on the picturesque beach of Soverato named “Lazzarella”, where a final surprise was waiting for them at dusk: the touching reading of the book “Il figlio del mare” dramatized by the author herself, Eliana Iorfida, who thrilled and enriched all who were present. The atmosphere of the prolog of her book was recreated there on the beach and her passionate reading in the Italian language was accompanied by a simultaneous translation into English.

All the group deeply appreciated being immersed in such a multi-sensorial experience, held in an impressive natural landscape, and the possibility to get in contact with and share so many interesting stimuli and emotions.