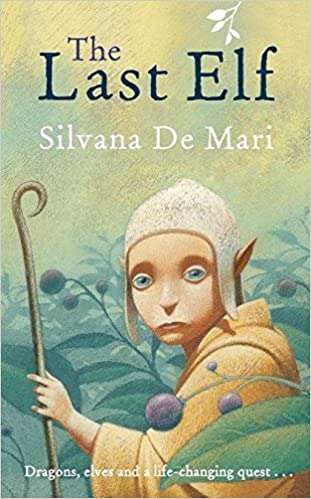 Fantasy as a way to deal with injustice

In our societies we constantly strife for Justice

Silvana De Mari was born in Santa Maria Capua Vetere on May 1953. She is the Author of the succesful novel “The last Elf” and several other.

She is a Doctor in Medicine and Cognitive Psychology.

For some time, she participated in healthcare missions in Africa offering her services to local communities. It is from this and other, of her broad experiences, that comes her profound inspiration.

The protagonist, Jorsh, of the last Elf. Is a child like no other. New to the world and dissimilar to all of the other inhabitants. Just like us, the reader. It is easy to identify within the little Elf and look at Silvana’s fantasy setting through his young eyes.

The main antaginist is the Administrator Judge. A sly man who strumentalizes his doughter, has miscieviuosly taken the power from the previous ruler and seems to get away with all sorts of horrendous deeds.

The heroes are humbled by the hardships of life and the constant threat the Judge constitutes.

The story shows the threat and danger of a wiked authority. The great value of courage, self sacrifice and righteaousness.

Further more, explains how fear is the most relevant factor behind self serving behaviors like discrimination, avarice and cruelty. And how Ignorance and misleading information are the greatest instruments of power.

A simple imbalance creates a great opportunity for Injustice. Antagonists are strongly Egotistical, while the Heroes are centered on values and the people around them. So that the first, may never think about any other than themselves. While the second are prone to self sacrifice and martir.

It dosent come to a surprice knowing Silvana De Mari has a strong faith in Christ. More counter intuitive is her being inflamed by the militant nature of a Zealot.
Althought she speaks about discrimination in her novels. She, her self, expressed radicalized comments against Islam, Homosexuality, Untraditional families, abortion (even after sexual violence) and more. Her position has resulted in several measures taken by the Nation Order of Medicine and the Municipality of Turin to refrain her zealous campaigning.

But is it realy a paradox? Could it be that for the Author our society is intrinsically wiked and injust? That she, just like the heroes of her novels has to save the last righteous people remained? Isnt she fighting against a profound sense of imposed injustice?

Could her stories be just that? A way to talk about the Injustice she lives in.

Giving us the understanding of what a subjective topic may Justice be and our limited comprehension of the matter.

Besides her radical ideology, the books are a neutral herald of the topic “Injustice” and great at insightfully exploring the topic through a variety of well structured characters.